With all the talk about fees, long waits for permitting, demolitions and density, have you ever wondered what it’s actually like to live in an Historic District? Ladd’s Addition was added to the National Register of Historic Places in 1988, making it the neighborhood on the east side that has been an HD for the longest period of time. Fifty (50) Ladd’s Addition homeowners were surveyed from late May 2017 to early June 2017.  They agreed to complete a 6-item survey. Most (82%) of the homes in the survey were “contributing”, and several had been recipients of the special tax assessment program.  The following questions were asked: 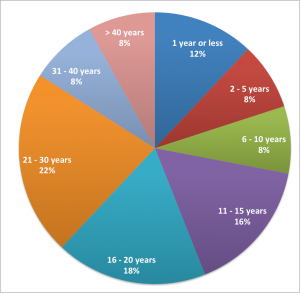 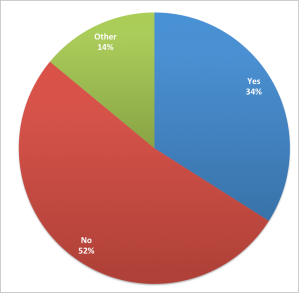 In summary, based on interviews with 50 homeowners in Ladd’s Addition, the vast majority of property owners were very content with the HD. Even people who had difficulties with design review would still buy in an HD if they had to do it over again. While no one said they loved the design review process, the majority of homeowners felt that it was a small price to pay for the ability to maintain control over their neighborhood. Of the 50 homeowners interviewed, only one resident expressed dissatisfaction with the HD because he was unable to build an over-sized garage.

Below are comments made by Ladd’s Addition property owners:

“I would absolutely buy in an HD again.”

“My advice to other historic neighborhoods that qualify for HD designation is to do it as fast as they can.”

“I’m completely in favor of the HD and I appreciate the protection.”

“At times it’s been a hassle, but the protection part is worth it.” (this property owner has owned 2 homes in Ladd’s Addition and been thru the design review process for both homes).

“I definitely recommend other neighborhoods pursue getting HD designation.”

“I benefited from the special tax assessment. I had to go through design review but it wasn’t a burden.”

“We’re completely in favor of the HD. We’ve been through design review twice – not a big deal”.

“The HD can only help other neighborhoods……I don’t understand why they wouldn’t want to become an Historic District (referring to the Eastmoreland opposition).”

“I was frustrated with the design review process, but I would still buy in an HD.”

“The Historic District protects the aesthetics of the neighborhood. I’m very in favor of protecting the historic aspects of these neighborhoods.”

“The HD has definitely impacted Ladd’s Addition better. Look at our property values.”

“Once in a while it can be a pain in the neck, but the alternative is that you’ll have absolutely no control. The benefits hugely outweigh the inconvenience.”

“The way I see it, stopping for gas is an inconvenience, but it sure beats running out of gas……The HD is absolutely essential or your community will be lost.”

“The City needs to do a better job with design review. The guidelines could be clearer. That said, we would still buy in an HD again.”

“I don’t want to be told what I can and can’t do to the exterior of my house, but the alternative is much, much worse.”

“The Ladd’s Addition Historic District has preserved the integrity of this neighborhood.”

“I just drove through Eastmoreland and saw all of the lawn signs and I thought to myself – boy, those dummies should figure it out and get their Historic District fast!”.

“The HD is protecting this district – there’s no down side as far as I can see. I’ve heard about what’s happening in Eastmoreland and I can’t believe they are jumping all over it.”

“I wasn’t able to build the garage I wanted, so I am not satisfied with the historic district.”

“I’m not sure if I’ll be able to put up solar panels.”

“Sometimes the process is arbitrary – it depends on who you talk to.”

“It took 2 years to get permits for a house I own in Sunnyside, and it didn’t take as long for my home here in Ladd’s Addition.”

“I like living here because I know the houses around me won’t be demolished.”

“There are drawbacks, but the alternative is worse.”

“When the appraiser used comps only from Ladd’s Addition, my house appraised $200,000 higher than when he used neighboring areas. I attribute that to the desirability of this neighborhood and have the HD to thank for that.”

*** If you previously objected, but now would like to support the Eastmoreland Historic District and protect the neighborhood for generations, you can reverse your decision. Click here to find out how. ***

An informal survey of fifty (50) Ladd’s Addition homeowners was conducted between late May 2017 and early June 2017.  They agreed to complete a 6-item survey. Most (82%) of the homes in the survey are “contributing” resources, and several had been recipients of the special tax assessment program. The following map identifies the approximate locations of the homes surveyed.